Are you caught in FEAR's vise grip?

When you get an audition, how does it make you feel? In your gut?
I'm talking before you even walk in the room or peek at the sides.
Excited?
Eager?
Expectant?
To be honest,
when I saw my agent's name light up the caller ID on my cell, I used to instantly feel...
Anxious.
Worried.
Ugly.
Wrong.
JUST PLAIN WRONG.
On a basic level, I thought that the things I had to offer, despite my training, despite my preparation, despite my point of view, were not enough.

I spent way too long trying to form myself into what I thought the industry wanted me to be, namely other people.
I'd obsess over successful actors' IMDB pages. How did she book that role? How did she get that agent? Where did she train? Who took her pictures? Who does her hair? Who does she know? Who is she dating? 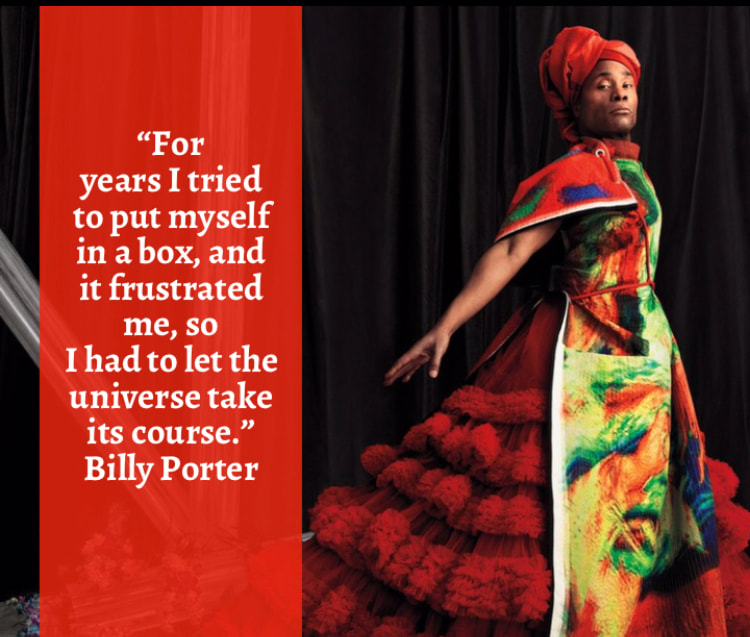 "Doubt kills more dreams than failure ever will." -Suzy Kassem

Fear is insidious because it stops you from being able to work.
It strangles creativity.
It stifles spontaneity.
It separates you from your true, beautiful, unique expression.

My fear most often takes the form of perfectionism: that cruel inner critic that insists that there is a "right" way and a "wrong" way to do the scene, craft the character, play the moment.

I have to remind myself when I feel it crop up that I deserve a process. I deserve to learn. I have something to offer if I just give myself the time and space I need to let my creativity show up.

For April, fear gripped her every time she tried to write. She panicked and gave up over and over again until she found the ritual of Morning Pages, a ritual that taught her that she had the right to write.
Sign Up for the 14-Day Mini-Course Today

"Ultimately we know that the other side of fear is freedom." -Marilyn Ferguson 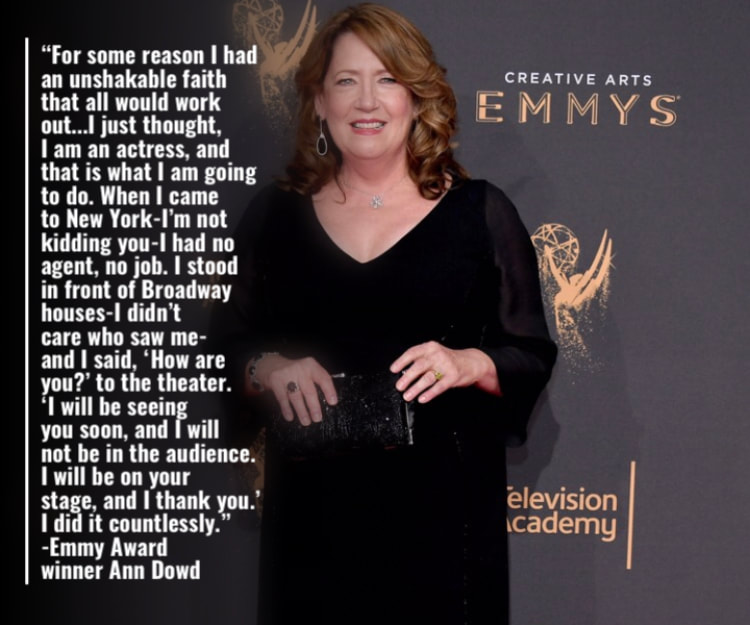 What if you could move from Fear to F*CK it?

Let me be clear. I'm not talking about being sloppy or not doing your work.

In fact, it's just the opposite.

I'm talking about pursuing your dreams with such passion, commitment and work ethic that you love it no matter the results.

The value of the work is no longer dependent on its acceptance by someone else.
It's no longer tied to if you book that job or not.
It's not about pleasing others.

It's about stepping into your power and living up to your own standard, your own voice, your own unique expression.

That sounds pretty damn transformational to me.

The good news? You can have it. Anytime you're ready, that power is there for the taking.
Sign Up for the 14-Day Mini-Course Today 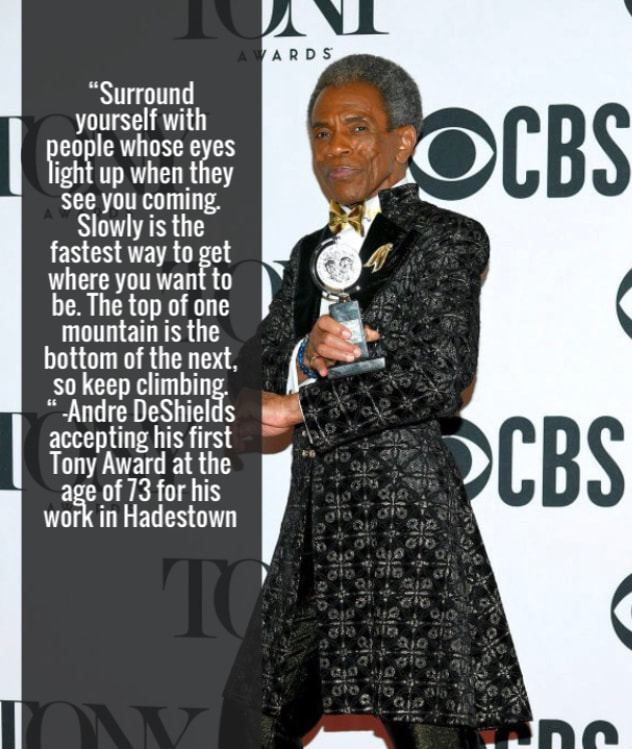 Move from Fear to F*CK It:
Join the 14-Day Mini-Course Today

What do I take from Andre DeShields advice?
Find your people.
Work conscientiously and consistently.
Stay open to the possibility that your life may actually surpass your wildest dreams.

This shit isn't for the faint of heart.
​
It takes the commitment to hold yourself accountable and to take inspired action to step into your true potential.

When I started to take that journey in my own career, I was so happy to find like-minded people, coaches and teachers who could show me the way.

Now April and I want to do the same thing for you.

Sign up today for our 14-Day Mini Course "Move from Fear to F*CK It."

This 14-Day Free course is geared towards actors trying to figure out how to move out of frustration into inspired action.

I want to help you move away from the fear that you are powerless. I get it. Believe me. I've been you. I used to wait for permission...for someone to open the door for me. But through consistent work and self-examination, I realized that one of the biggest obstacles to me having the life I wanted was me. When I moved away from identifying as a victim and into identifying as a talented collaborator with something to offer the business, my experience of the business changed.

I walked alone in the wilderness too long.

I don't want that for you.

It's free. You've got nothing to lose.

Get a taste of what we are talking about.

Take the exercises out for a spin.
​
Get curious.

You might just start feeling better. And you deserve to feel better.

​Today.
Sign Up for the 14-Day Mini-Course Today
Who's Teaching This Class?

Hilary Ward
Los Angeles-based actress, Hilary Ward, is a forceful presence in television, film and theatre. Trained in UCSD's prestigious MFA program, she is a proud member of SAG-AFTRA, Actors' Equity (AEA) and The Television Academy.

For the past 15 years, she has made her living exclusively as an actor, coach, and acting teacher.  By combining the voice and movement techniques that she learned in graduate school with sharp text analysis and on-camera technique, she has been able to create performances that are unique, compelling and specific.

She began teaching voice and speech techniques to undergraduates in 2005 and transitioned into coaching young actors applying to graduate programs. Her clients have been called back and accepted to The Julliard School, University of Southern California, Columbia University, The New School/Pace University, and Harvard University/ART. Her professional clients have appeared on Scandal, The Punisher, NCIS, NCIS-Los Angeles, Grey's Anatomy, Ozark, Marvel's Agents of Shield, Chicago Fire, Law and Order: SVU, The Good Wife, American Horror Story ​and more.

When does the course start and finish?
The class will take place daily at 10:00am PST in TheDreamUnlocked's private online classroom and replay on The BadAss Actors, Writers and Dreamers Facebook Page.

How long do I have access to the course?
The Mini-Course will be available in replay through July 7, 2019.

How do I ask questions about the content?
We are happy to answer questions LIVE during the Mini-Course daily Q and As.​
TheDreamUnLocked Coaching & Class Policies